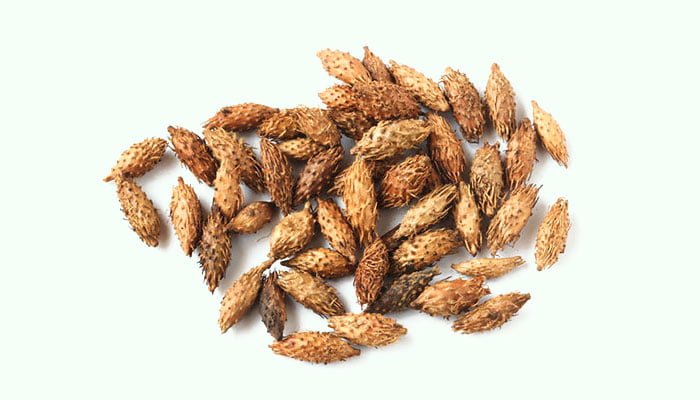 What Is Cang Er Zi

Cang Er Zi commonly known as Fructus Xanthii is the mature fruit of Xanthium sibiricum, which is an annual herb belonging to the family Asteraceae. It is a commonly used Chinese herbal medicine, which first appeared in <Shennong Ben Cao Jing> in the late Western Han Dynasty (about 100 BC).

There are about 30 species of Xanthium, which are mainly distributed in central and northern America, Europe, Asia, and northern Africa. Among them, Xanthium strumarium and Xanthium sibiricum are relatively common.

Xanthium sibiricum is commonly known as Cocklebur and is a common field weed. They often grow on plains, hills, low mountains, wilderness roadsides, and fields. They are widely distributed in China, Russia, Iran, India, North Korea, and Japan. 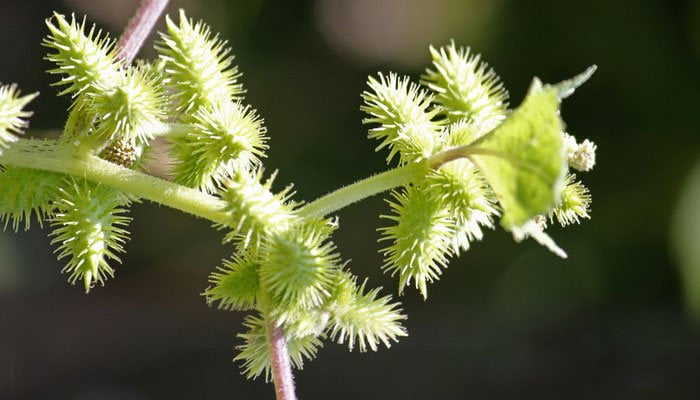 In autumn every year, people gather the ripe fruits of Xanthium sibiricum, dry them, remove impurities, stir-fry them, and make them into Chinese herbal medicines.

Generally, the solid, oval or spindle-shaped, yellow-brown, or yellow-green Cang Er Zi with thorns is preferred.

According to <Shennong Ben Cao Jing>, the medicinal properties of Cang Er Zi is relatively warm, with toxicity and a pungent and bitter taste. It has a certain therapeutic effect on the pathological changes of the lung meridian.

There are about 100 kinds of Chinese medicine prescriptions containing it, such as Qinzhi Biyan Tangjiang, Bi Yuan Shu capsules, and Tong Qiao Biyan Pian.

The main reasons for the poison are overdose of it and unqualified concocted Cang Er Zi. If the following conditions occur, stop using it immediately and seek medical attention.

In severe cases, it may cause coma, obsessive convulsions, jaundice, hepatosplenomegaly, liver dysfunction, protein in the urine, respiratory failure, and renal failure.