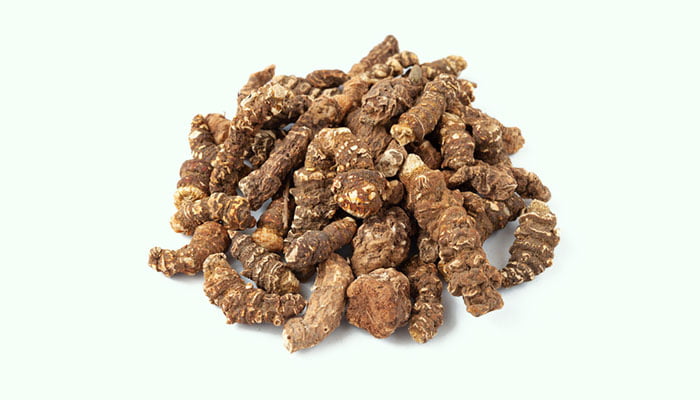 What Is Chong Lou

Chong Lou also known as Zao Xiu, Qi Ye Yi Zhi Hua, or Rhizoma Paridis is the rhizome of Paris polyphylla var. chinensis or Paris polyphylla var. yunnanensis, which is a perennial herb belonging to the Lily family. It first appeared in <Shennong Ben Cao Jing> in the late Western Han Dynasty (about 100 BC).

There are 24 species of this genus, which are distributed in tropical and subtropical regions of Eurasia.

Paris polyphylla var. yunnanensis often grows in forest edges or roadside at an altitude of 1,400-3,600 meters. It is distributed in Fujian, Hubei, Hunan, Guangxi, Sichuan, Guizhou, and Yunnan in China. 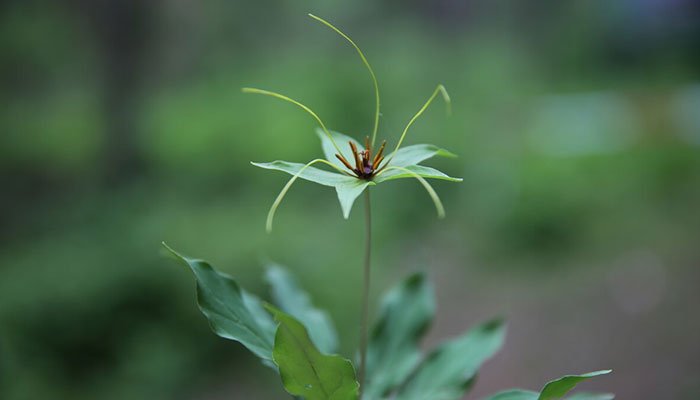 According to <Shennong Ben Cao Jing>, the medicinal property of Chong Lou is slightly cold, with slight toxicity and bitter taste. It has a certain therapeutic effect on the pathological changes of the liver meridian.

Chong Lou is poisonous, and its incubation period is about 1-3 hours.

Excessive use of it may cause nausea, vomiting, abdominal pain, diarrhea, dizziness, headache, and other poisoning reactions.

In severe cases, it may cause paleness, cramps, or difficulty breathing.