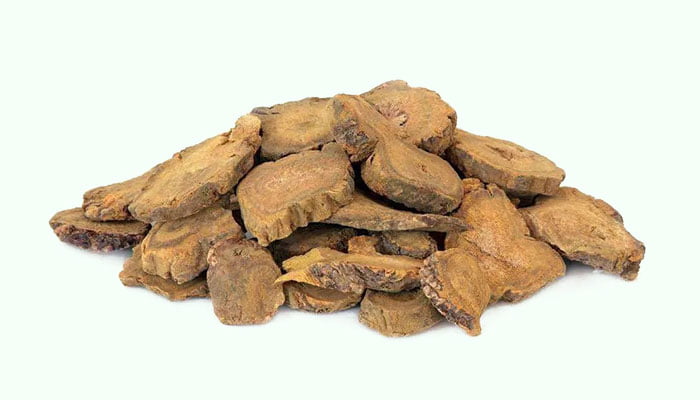 What Is Da Huang

Da Huang commonly known as Radix et Rhizoma Rhei is the root and rhizome of Rheum palmatum, Rheum tanguticum, or Rheum officinale, which is a perennial herb belonging to the family Polygonaceae. It is a relatively practical and common Chinese herbal medicine, which first appeared in <Shennong Ben Cao Jing> in the late Western Han Dynasty (about 100 BC).

There are about 60 species of Rheum, which are mainly distributed in the temperate and subtropical alpine mountains of Asia. Some of these species have been introduced into Europe and North America.

Rheum palmatum is commonly called Chinese rhubarb, Ornamental rhubarb, Turkey rhubarb, or East Indian rhubarb. This plant is cold-tolerant and not resistant to high temperatures and likes a cool and humid climate. It often grows on mountain slopes or valley wetlands at an altitude of 1,500-4,400 meters. It can be found in Gansu, Sichuan, Qinghai, Northwest Yunnan, and eastern Tibet. 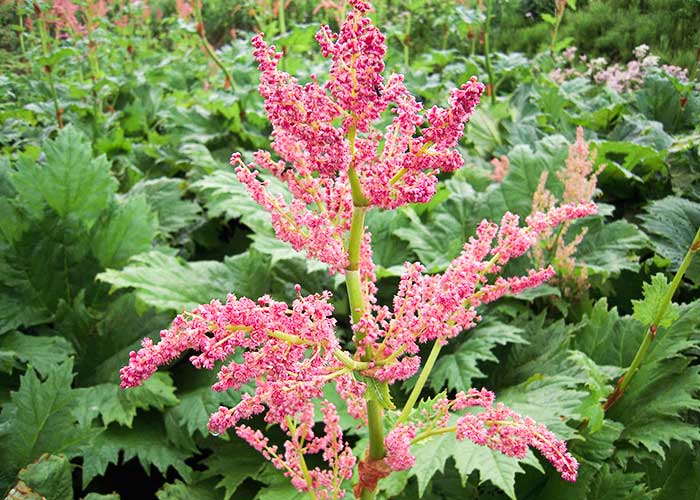 Rheum tanguticum is an endangered medicinal plant endemic to China. It grows in high mountains and valleys at an altitude of 1,600-3,000 meters. It can be found in Gansu, Qinghai, and the border between Qinghai and Tibet.

Rheum officinale literally means medicinal rhubarb. It is endemic to China, where it occurs in the provinces of Guizhou, southwestern Henan, western Hubei, Shaanxi, Sichuan, and Yunnan. Its petioles can be eaten raw or cooked.

In the early spring and late autumn each year, people gather the roots and rhizomes of Rheum palmatum, Rheum tanguticum, or Rheum officinale, remove their fibrous roots and outer skin, cut them into segments, dry them, steam or stir-fry them with wine, or carbonize them, and make them into Chinese herbal medicines.

According to <Compendium of Materia Medica>, the medicinal property of Da Huang is relatively cold, with a bitter taste. It has a certain therapeutic effect on the pathological changes of the spleen, stomach, large intestine, liver, and pericardium meridians.

Studies have confirmed that it not only contains anthraquinones that induce diarrhea but also contains tannins that cause constipation. Taking it may cause diarrhea first and then constipation.

Modern animal experiments show that Da Huang has strong reproductive toxicity and has lethal and teratogenic effects on animal embryos.

Overdose of it may cause nausea, vomiting, abdominal pain, diarrhea, dizziness, or rash.