What Is Deng Xin Cao

Deng Xin Cao commonly known as Medulla Junci is the stem pith of Juncus effusus L., which is a perennial herb belonging to the family Juncaceae. It is a relatively practical and common Chinese herbal medicine, which first appeared in <Kaibao Bencao> (Materia Medica of the Kaibao Period) around 974 AD.

There are about 332 species of Juncus, which are mainly distributed in temperate and boreal regions of the world. Among them, only a few species are distributed in tropical regions. The relatively representative species among them is Juncus effusus L..

Juncus effusus L. commonly known as soft rush, or common rush is nearly cosmopolitan. They are native to Europe, Asia, America, and Africa and are now naturalized in Australia.

They are often found in moist areas such as wetlands, river banks, ditches, swamps, and wet pastures. They are considered an invasive weed in many places. It is the raw material for making tatami and can also be used as a food additive. 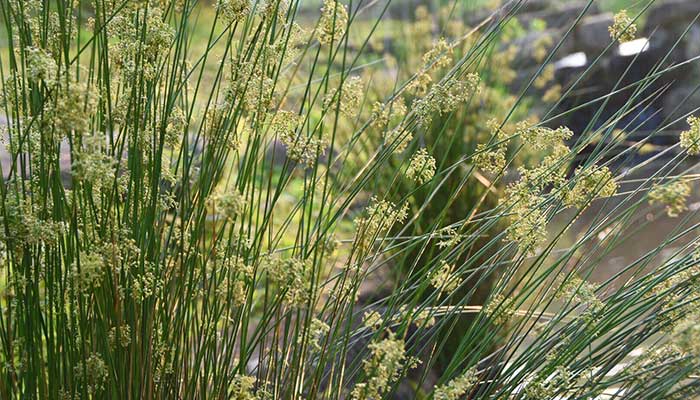 From late summer to autumn, people harvest the stems of Juncus effusus L., dry them in the sun, take out their pith, straighten them, tie them into small handfuls, cut them into pieces, use them directly, or carbonize them, and make them into Chinese herbal medicines.

Generally, the white or yellowish-white and fragile Deng Xin Cao with a white cross-section is preferred.

According to the Chinese Pharmacopoeia, the medicinal property of Deng Xin Cao is slightly cold, with a sweet and bland taste. It has a certain therapeutic effect on the pathological changes of the heart, lung, and small intestine meridians.

There are more than 50 kinds of traditional Chinese medicine prescriptions containing it, such as Ba Zheng He Ji, Zhen Zhu Niu Huang San, and Qi Xing Cha.

At present, there is no literature report that Deng Xin Cao has toxic effects, and no data is showing that taking it at the prescribed dose can cause serious adverse reactions.

Overdose of it may cause stomach pain, fatigue, pale complexion, or chills in the extremities.