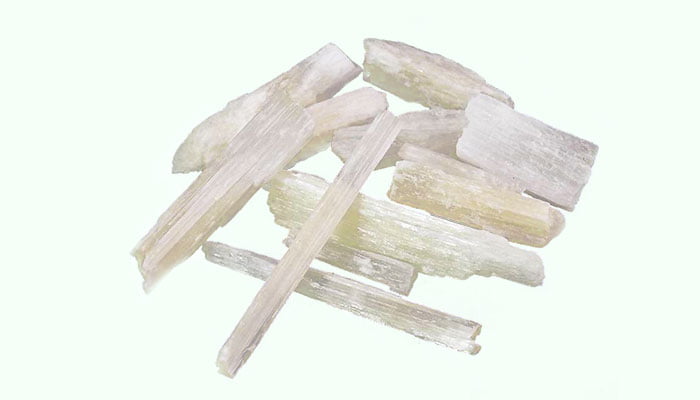 What Is Shi Gao

Shi Gao is also known as Gypsum and is a soft sulfate mineral. It is a commonly used mineral medicine, which first appeared in <Shennong Ben Cao Jing> in the late Western Han Dynasty (about 100 BC).

This ore is widely distributed, and the main producing areas are the United States, China, Iran, Spain, Germany, and France.

In any season, people can mine gypsum. People mine gypsum, remove sand and impurities, crush them into small pieces, use them directly, or calcine them for topical use.

The main component of gypsum is hydrous calcium sulfate (CaSO4·2H2O), of which the content of CaSO4·2H2O is not less than 95%. In addition, it contains organic compounds, sulfur compounds, and trace elements such as titanium, aluminum, and silicon.

Generally, white or off-white Shi Gao with a silky luster in the longitudinal section is preferred.

According to <Shennong Ben Cao Jing>, the medicinal property of Shi Gao is extremely cold, with a pungent and sweet taste. It has a certain therapeutic effect on the pathological changes of the lung and stomach meridians.

There are about 600 kinds of Chinese medicine prescriptions containing it, such as Bai Hu Tang, Da Qing Long Tang, and Huang Lian Shang Qing Wan.

Overdose of it may cause fatigue, depression, loss of appetite, nausea, stomach upset, abdominal pain, and diarrhea.

If you take Shi Gao with high arsenic content, it may cause toxic reactions, such as abdominal pain, diarrhea, and vomiting.