What Is Hua Jiao

Hua Jiao commonly known as Pericarpium Zanthoxyli, Sichuan Pepper, Szechwan Pepper, Chinese Pepper, Mala Pepper, or Chuan Jiao is the dried ripe pericarp of Zanthoxylum schinifolium Sieb. et Zucc, or Zanthoxylum bungeanum Maxim, which is a deciduous shrub or small tree belonging to the family Rutaceae. The first one is also called Qing Hua Jiao, while the other one is called Hong Hua Jiao. It is a popular food additive and traditional Chinese herbal medicine, which first appeared in <Shennong Ben Cao Jing> in the late Western Han Dynasty (about 100 BC).

There are about 250 species of Zanthoxylum, which are mainly distributed in tropical and subtropical regions of Asia, Africa, Oceania, and America. Only a few species are distributed in temperate regions. Among them, some species have high economic and medicinal value.

Zanthoxylum schinifolium Sieb. et Zucc prefers warm and humid environments. They are suitable for planting in deep, fertile loam soil. They often grow in sparse forests, bushes, or next to rocks in mountainous areas below 800 meters above sea level. They are distributed in China, Japan, and Korea.

Zanthoxylum bungeanum Maxim is light-loving and drought-tolerant. They are common in plains to higher elevations in mountains. They are distributed in China, Nepal, and Uzbekistan. 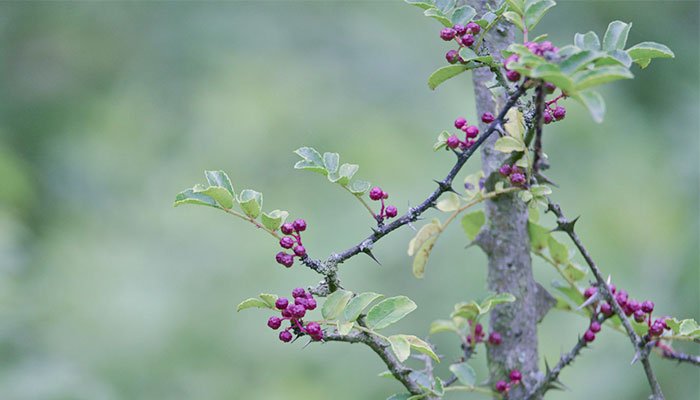 In autumn, people gather the ripe pericarps of Zanthoxylum schinifolium Sieb. et Zucc, or Zanthoxylum bungeanum Maxim, dry them in the sun, remove their seeds and impurities, use them directly, or stir-fry them, and make them into Chinese herbal medicines.

According to the Chinese Pharmacopoeia, the medicinal property of Hua Jiao is relatively warm, with a pungent taste. It has a therapeutic effect on pathological changes in the spleen, stomach, and kidney meridians.

Animal studies have shown that an overdose of its volatile oil can cause retardation, diarrhea, drowsiness, cardiac arrhythmia, twitching of limbs, slowing of respiration and heart rate, or even death.

Overdose of it may cause toxic reactions such as nausea, vomiting, dizziness, twitching of limbs, difficulty in breathing, or coma.

It may cause allergic reactions such as vomiting, diarrhea, tingling of the extremities, hives, or anaphylaxis in a small percentage of patients.