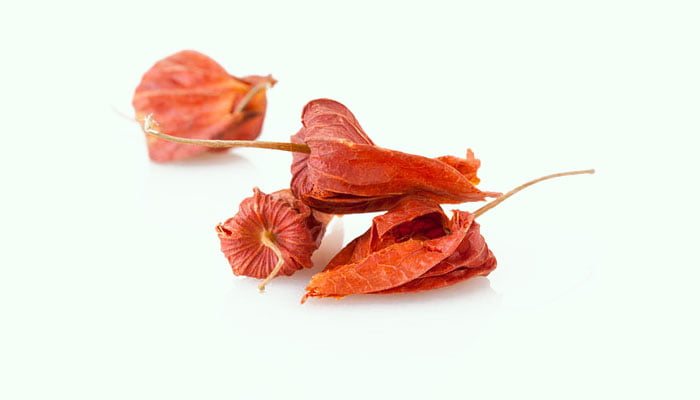 What Is Jin Deng Long

Jin Deng Long commonly known as Physalis Calyx seu Fructus is the calyx and fruit of Physalis alkekengi, which is a perennial erect herb belonging to the family Solanaceae. It can be used as a food and dietary supplement with a medicinal history of more than 2,300 years.

Physalis alkekengi is commonly known as bladder cherry, Chinese lantern, Japanese lantern, strawberry groundcherry, or winter cherry and is a distant relative of Physalis peruviana (Cape gooseberry). It has strong adaptability and can grow normally in the temperature range of 3℃-42℃.

This species is native to Eurasia and has now been introduced into the Americas. It is widely cultivated in temperate regions of the world. It is a popular ornamental plant, and all parts of it can be made into medicine. 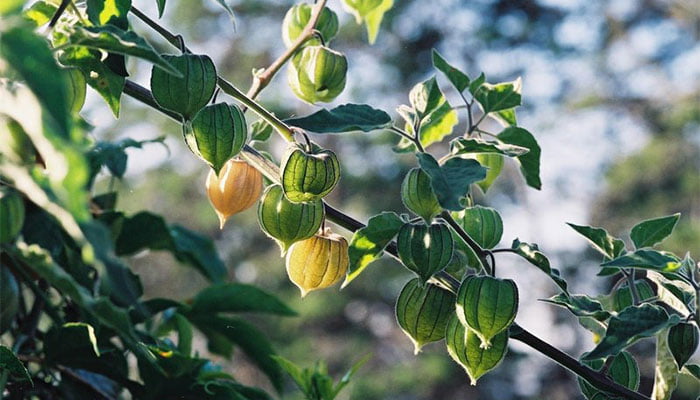 In Unani medicine, it is used as a diuretic, preservative, and tranquilizer. Its roots contain hystonin, which can excite the smooth muscle of the uterus, contract the uterus, and may cause miscarriage. In Japan during the Edo period, its roots were used as abortion drugs.

In the autumn of each year, people pick calyxes and fruits of Physalis alkekengi, wash them with water, remove their impurities, use them directly, or dry them in the sun, and make them into Chinese herbal medicines.

According to <Shennong Ben Cao Jing>, the medicinal property of Jin Deng Long is relatively cold, with a bitter taste. It has a certain therapeutic effect on the pathological changes of the lung meridian.

At present, there is no literature report that Jin Deng Long has toxic effects, and no data is showing that taking it will cause serious adverse reactions.

Overdose of it may cause adverse reactions such as stomach cold, stomach pain, loss of appetite, fatigue, or loose stools.