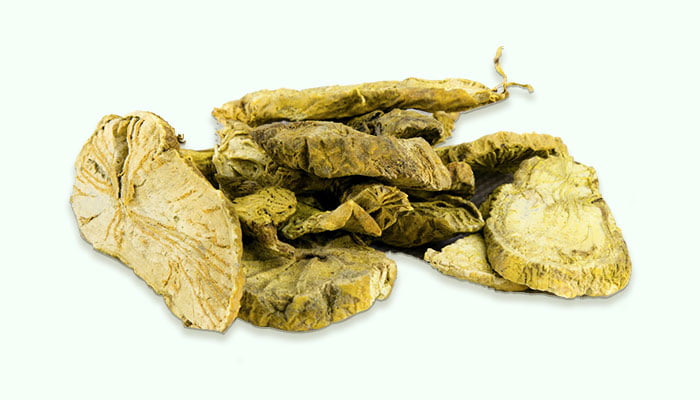 What Is Jin Guo Lan

Jin Guo Lan commonly known as Radix Tinosporae is the tuber of Tinospora sagittata or Tinospora capillipes, which is a perennial evergreen twining shrub belonging to the family Menispermaceae. It first appeared in <Ben Cao Gang Mu Shi Yi> (a supplement to the compendium of materia medica) in the 30th year of Qianlong in the Qing Dynasty (1,765 AD).

The genus Tinospora includes 34 species, in which several herbs were used as traditional medicines by indigenous groups throughout the tropical and subtropical parts of Asia, Africa, and Australia.

Tinospora capillipes is a unique plant in southern China, which often grows in sparse forests or bushes. 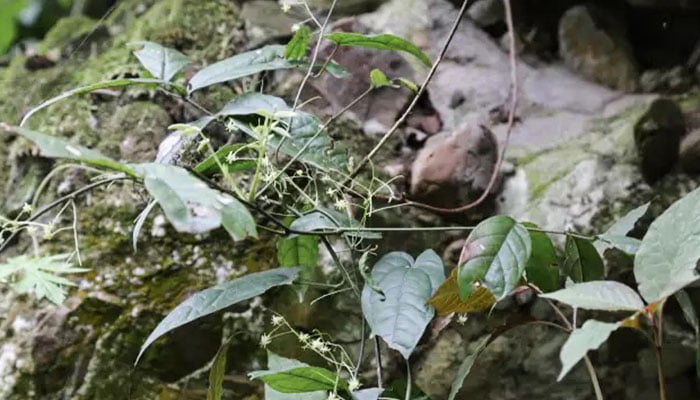 In the autumn and winter of each year, people pick tubers of Tinospora sagittata or Tinospora capillipes, remove their impurities and fibrous roots, wash them with water, cut them into pieces, dry them in the sun, and make them into Chinese herbal medicines.

According to <Ben Cao Gang Mu Shi Yi>, the medicinal property of Jin Guo Lan is relatively cold, with a bitter taste. It has a certain therapeutic effect on the pathological changes of the lung and large intestine meridians.

At present, there is no literature report that Jin Guo Lan has toxic effects, and no data is showing that taking it will cause serious adverse reactions.