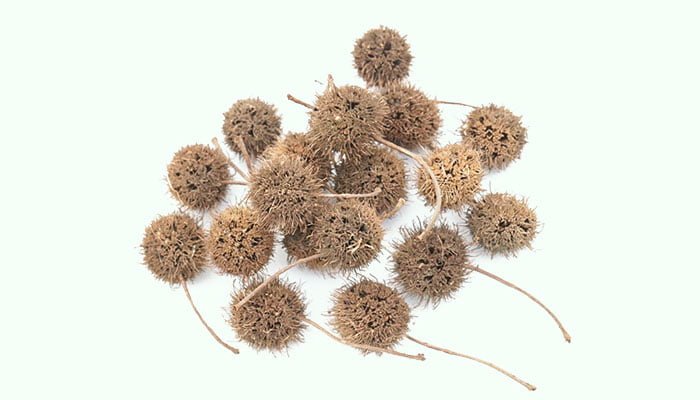 What Is Lu Lu Tong

Lu Lu Tong commonly known as Liquidambaris Fructus is the infructescences of Liquidambar formosana, which is a large and deciduous tree belonging to the family Hamamelidaceae. It is a relatively practical and common Chinese herbal medicine, which first appeared in <Ben Cao Gang Mu Shi Yi> (a supplement to the compendium of materia medica) in the 30th year of Qianlong in the Qing Dynasty (1,765 AD).

There are 15 species of Liquidambar, which are mainly distributed in Southeast Asia and East Asia, the eastern Mediterranean, and eastern North America. Currently, a small number of them have been introduced into Italy, Spain, Belgium, and New York.

They have a certain economic and ornamental value. Their wood can be crafted into furniture, pulp materials, and baskets. They are usually grown in gardens in temperate and subtropical climates.

Liquidambar formosana is also known as Chinese Sweetgum or Formosan Sweetgum. They are three-lobed, unlike five-lobed to seven-lobed leaves of most American Liquidambar species. 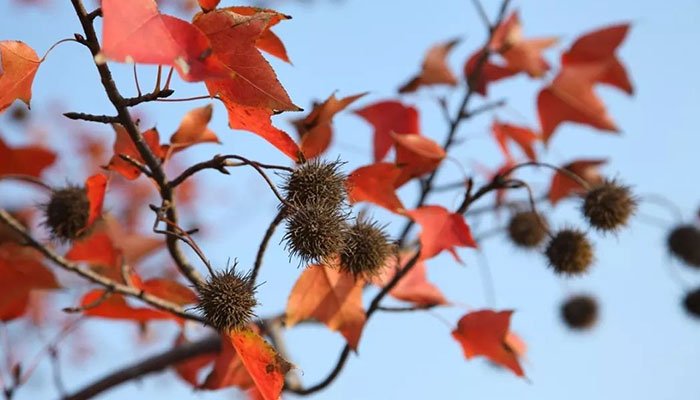 This plant likes light and is often planted in weakly acidic sandy loam near water sources, with deep soil layers, loose soil, and relatively fertile soil. They often grow in the flats, villages, and secondary forests in the low mountains. They are distributed in China, Laos, Vietnam, and Korea.

After the fruits of the Liquidambar formosana mature every winter, people gather their infructescences, remove impurities, dry them, and make them into Chinese herbal medicine.

Generally, gray-brown or tan Lu Lu Tong with many beak-shaped small blunt spines and sharp spines on the surface is preferred.

According to <Ben Cao Gang Mu Shi Yi>, the medicinal property of Lu Lu Tong is relatively neutral, with a bitter taste. It has a certain therapeutic effect on the pathological changes of the liver, and kidney meridians.

There are about 50 kinds of Chinese medicine prescriptions containing it, such as Er Long Tong Qiao Pian, Sheng Ru Pian, and Xin Yi Hao Pian.