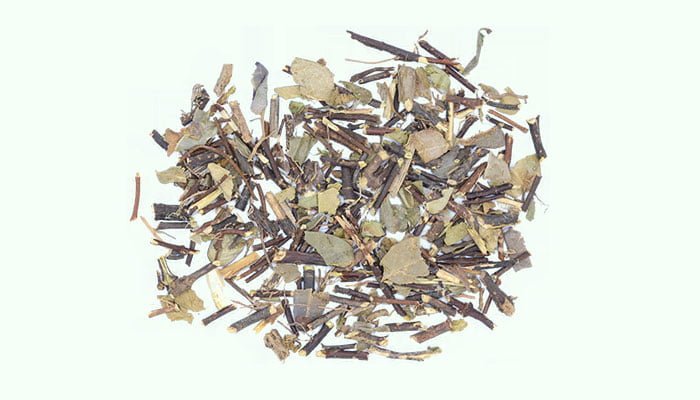 What Is Luo Shi Teng

Luo Shi Teng commonly known as Caulis Trachelospermi is the vine with leaves of Trachelospermum jasminoides, which is an evergreen woody liana belonging to the family Apocynaceae. It is a practical Chinese herbal medicine, which first appeared in <Shennong Ben Cao Jing> in the late Western Han Dynasty (about 100 BC).

There are about 30 species of Trachelospermum, which are mainly distributed in tropical and subtropical regions of Asia. They are often grown in gardens as ornamental plants.

Trachelospermum jasminoides is commonly known as Confederate Jasmine and Star Jasmine. They like low light and are resistant to heat and drought. They often grow in the mountains, streams, roadsides, forest edges, or mixed woods, and they are often entangled in trees or climbing on walls and rocks. They are distributed in China, Japan, South Korea, Vietnam, and the United States. 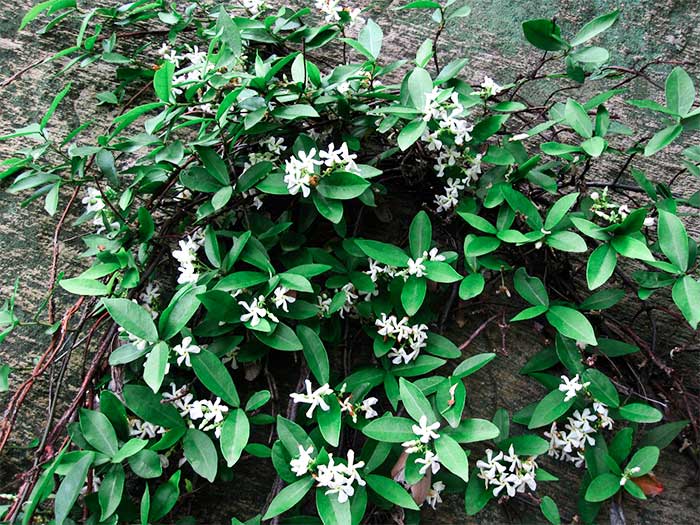 In winter and the next spring, people gather the vines with leaves of Trachelospermum jasminoides, remove impurities, dry them in the sun, cut them into pieces, and make them into Chinese herbal medicines.

Generally, strong Luo Shi Teng with hollow stem, a yellowish cross-section in the stem, and oval or ovate-lanceolate leaves is preferred.

According to <Compendium of Materia Medica>, the medicinal property of Luo Shi Teng is slightly cold, with a bitter taste. It has a certain therapeutic effect on the pathological changes of the heart, liver, and kidney meridians.

Modern pharmacological studies have shown that it contains arctiin, which can cause convulsions in animals.

Taking it in large doses may cause respiratory failure. It has some toxicity to the heart and the blood system.

During taking the medicine, if the patient has the above symptoms, the patient should stop using it immediately and seek medical treatment.