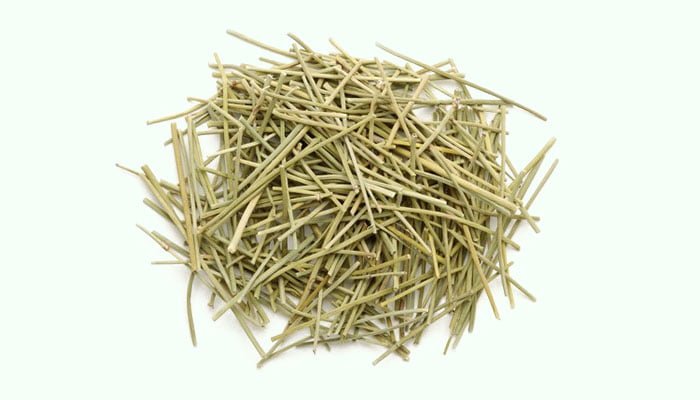 What Is Ma Huang

Ma Huang also known as Ephedra is the herbaceous stem of Ephedra sinica, E. intermedia, or E. equisetina, which is a low shrub belonging to the Ephedraceae family. It is a relatively practical and common Chinese herbal medicine, which first appeared in <Shennong Ben Cao Jing> in the late Western Han Dynasty (about 100 BC).

There are about 40 species of Ephedra, which are distributed in Asia, America, Southeastern Europe, and Northern Africa. Most of them are xerophytes or semi-xerophytes, which are mostly found in dunes, semi-deserts, grasslands, deserts, sandy, rocky, or arid areas. Among them, 15 species of ephedra can be made into medicines. The most representative of them are Ephedra sinica, E. intermedia, and E. equisetina.

The woody stems of E. equisetina are tall. Its appearance is very similar to that of Euphorbia procera and Euphorbia nebrodensis. They often grow on ridges, mountain tops, and rock walls in arid areas. They can be found in Hebei, Shanxi, Inner Mongolia, Western Shaanxi, Gansu, and Xinjiang in China, Mongolia, and Russia. 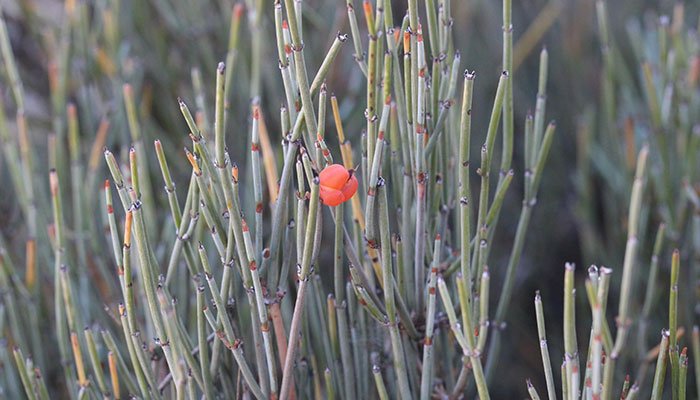 In the autumn of each year, people gather the herbaceous stems of Ephedra sinica, E. intermedia, or E. equisetina, dry them in the sun, remove their woody stems, residual roots, and impurities, cut them into segments, use them directly, or stir-fry them with honey, and make them into Chinese herbal medicines.

All parts of ephedra can be made into medicine. The stems and roots of ephedra need to be collected and used separately. The root of ephedra (Ma Huang Gen) is considered to be a distinct drug, which is used to treat spontaneous sweating and night sweats.

Generally, light green or greenish Ma Huang with the brown-red core is preferred.

Although Ma Huang is a medicine, and it is also a raw material for making methamphetamine. Many countries impose strict controls on ephedra and prohibit free trade in it. The U.S. Food and Drug Administration (FDA) banned the sale of products containing ephedrine in the United States in 2004[1].

According to <Shennong Ben Cao Jing>, the medicinal property of Ma Huang is relatively warm, with a pungent and bitter taste. It has a certain therapeutic effect on the pathological changes of the lung and bladder meridians.

There are about 200 kinds of Chinese medicine prescriptions containing it, such as Ma Huang Tang, Da Qing Long Tang, and San Ao Tang.

Studies have confirmed that overdose may cause liver and kidney damage.

In severe cases, it can cause myocardial infarction, respiratory failure, ventricular fibrillation, or death.