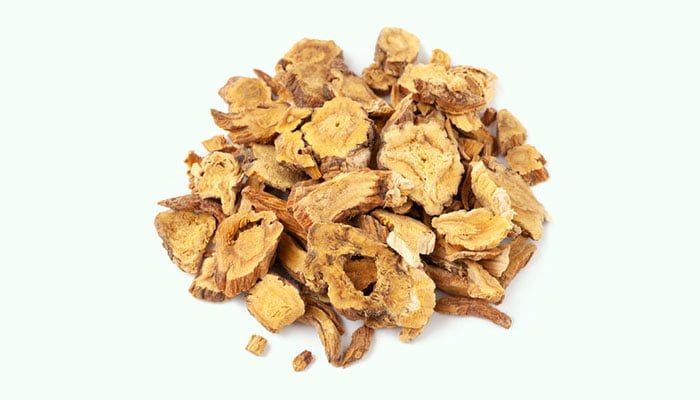 What Is Qin Jiao

Qin Jiao commonly known as Radix Gentianae Macrophyllae is the root of Gentiana macrophylla, G. straminea, G. crassicaulis, or G. dahurica, which is a perennial herb belonging to the family Gentianaceae. It is a relatively practical and common Chinese herbal medicine, which first appeared in <Shennong Ben Cao Jing> in the late Western Han Dynasty (about 100 BC).

There are about 334 species of Gentian, which are distributed in the high mountains of temperate regions. Among them, some species are annual herbs. Most of the plants in this genus are for ornamental use, and only some species are used for medicinal purposes.

Gentiana macrophylla likes humid, cool climates and is hardy. They grow well in deep, rich loam or sandy loam. They often grow at an altitude of 400-2,400 meters above sea level on river beaches, roadsides, ditches, hillside grasslands, and forest edges. They can be found in northern China, Russia, and Mongolia. 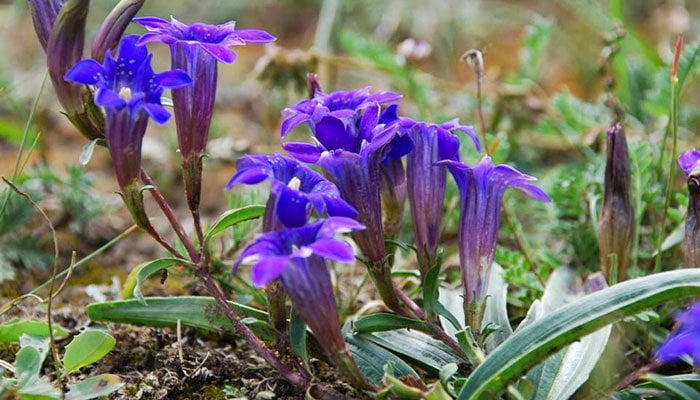 G. crassicaulis is not very demanding for soil. They grow well in loose, fertile, deep humus and sandy loam soils. They often grow at altitudes of 2,100-4,500 meters on hillsides, grasslands, roadsides, thickets, and understory. They are unique to China and are distributed in Tibet, Yunnan, Sichuan, Guizhou, Qinghai, and Gansu.

G. dahurica often grow at an altitude of 870-4,500 m on the edge of fields, roadsides, river beaches, ditches, meadows, and sunny hillsides. They are distributed in northern China, Mongolia, and Russia.

In spring and autumn, people gather the roots of Gentiana macrophylla, G. straminea, G. crassicaulis, remove impurities, dry them to semi-dry, stack them until they show a reddish-yellow or yellow color, spread them out, dry them in the sun, cut them into pieces, and make them into Chinese herbal medicines.

Generally, yellow-brown, gray-yellow, or tan and rough Qin Jiao with yellow wood hearts, and a specific aroma is preferred.

According to <Shennong Ben Cao Jing>, the medicinal property of Qin Jiao is relatively neutral, with a pungent and bitter taste. It has a certain therapeutic effect on the pathological changes of the stomach, liver, and gallbladder meridians.

A small percentage of patients taking it may cause nausea, vomiting, loose stools, heart palpitations, or a slow heart rate.

After the patient stops taking the medicine, if the above symptoms are not relieved, the patient should go to the hospital for treatment in time.