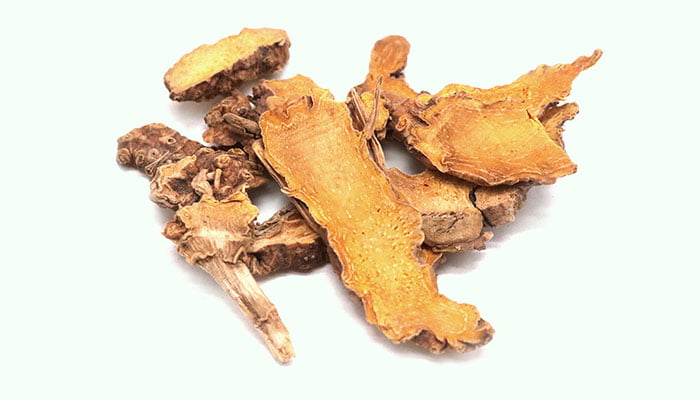 What Is She Gan

She Gan commonly known as Rhizoma Belamcanda is the rhizome of Belamcanda chinensis, which is a perennial herb belonging to the family Iridaceae. It first appeared in <Shennong Ben Cao Jing> in the late Western Han Dynasty (about 100 BC).

Belamcanda chinensis is also known as Leopard lily, Blackberry lily, or Leopard flower, and is an ornamental plant. In 2005, based on evidence from the molecular DNA sequence, it was renamed Iris domestica. But the old name is still in general use.

This plant is cold-resistant and drought-tolerant. It often grows on forest edges or hillside grasslands at low altitudes. They are native to East Asia and have been widely introduced and cultivated. It is now mainly distributed in temperate and subtropical regions. In many places, it has escaped from cultivation, particularly in the USA. 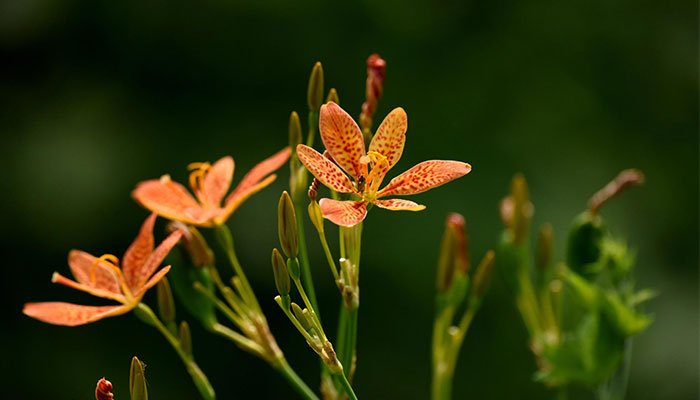 In addition, It is also commonly used in traditional medicine in India, Korea, and Japan. Recently, a monograph of Belamcandae chinensis rhizoma has been included in the European Pharmacopeia.

In the early spring and late autumn of each year, people gather the rhizomes of Belamcanda chinensis, wash them with water, remove their impurities and fibrous roots, moisten them thoroughly, cut them into slices, dry them in the sun, and make them into Chinese herbal medicines.

Generally, solid She Gan with a yellowish cross-section is preferred.

According to <Shennong Ben Cao Jing>, the medicinal property of She Gan is relatively cold, with a bitter taste. It has a certain therapeutic effect on the pathological changes of the lung meridian.

Clinically, there have been reports of diarrhea caused by taking She Gan, but there is no report of poisoning after taking it.

A small proportion of patients taking it may cause loss of appetite, nausea, vomiting, diarrhea, or watery stools.