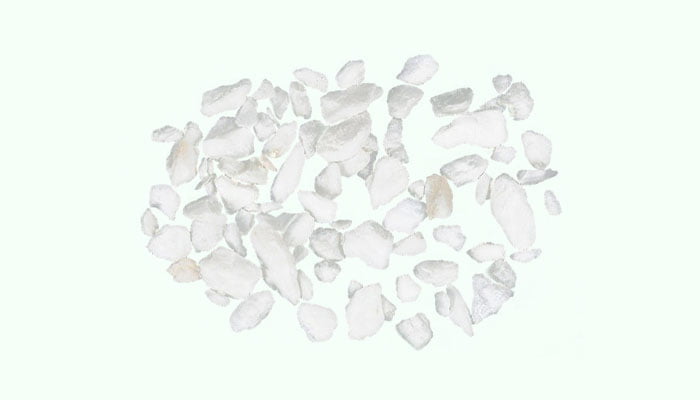 What Is Hua Shi

Hua Shi is also known as Talc or Talcum and is a hydrous silicate mineral. It is a commonly used mineral medicine, which first appeared in <Shennong Ben Cao Jing> in the late Western Han Dynasty (about 100 BC).

This ore is widely distributed, with the main sources being China, Brazil, India, the United States, France, Finland, Italy, Russia, Canada, and Austria.

It is the softest known mineral and is used in a variety of industries such as paper, plastics, coatings, rubber, food, pharmaceuticals, and cosmetics. It is also a common ingredient in baby powder.

In any season, people can mine talcum. People mine talcum, remove silt and impurities, wash them with water, smash them into small pieces, crush them into fine powders, or add water to grind them, and make them into Chinese herbal medicines.

The main component of talc is hydrous magnesium silicate (Mg3Si4O10(OH)2), of which the content of Mg3Si4O10(OH)2 is not less than 88%. In addition, it contains compounds such as alumina and nickel oxide.

According to <Compendium of Materia Medica>, the medicinal property of Hua Shi is relatively cold, with a sweet and bland taste. It has a certain therapeutic effect on the pathological changes of the bladder, lung, and stomach meridians.

There are about 150 kinds of traditional Chinese medicine prescriptions containing it, such as Ba Zheng San, Huang Lian Jie Du Wan, and San Ren Tang.

It has been reported to cause granulomas in the lungs and wounds [1].

Some studies have shown that workers involved in talc mining and processing have higher rates of lung cancer. But it is not certain whether this is because of the talc or because of other substances that cause lung cancer.

Some studies suggest a possible association between the use of powders containing talc in the genital area and the incidence of ovarian cancer. However, these studies have not conclusively demonstrated such a link, or if such a link existed, what risk factors might be involved [2].