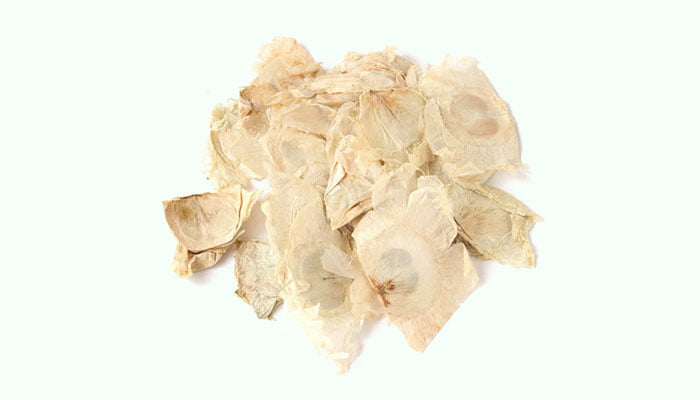 What Is Mu Hu Die

Mu Hu Die also known as Semen Oroxyli is the mature seed of Oroxylum indicum, which is a deciduous tree belonging to the family Bignoniaceae. It first appeared in <Ben Cao Gang Mu Shi Yi> (a supplement to the compendium of materia medica) in the 30th year of Qianlong in the Qing Dynasty (1,765 AD).

Semen Oroxyli is commonly known as the Indian trumpet flower and is an ornamental plant. It is native to the Indian subcontinent, and part of the Himalayan foothills extends to Bhutan and southern China, Indochina, and Malaysia.

This plant often grows in dense forests in tropical or subtropical low hill valleys at an altitude of 500-900 meters. Its bark and seeds can be made into medicine. Ayurvedic medicine has also been recorded about it. 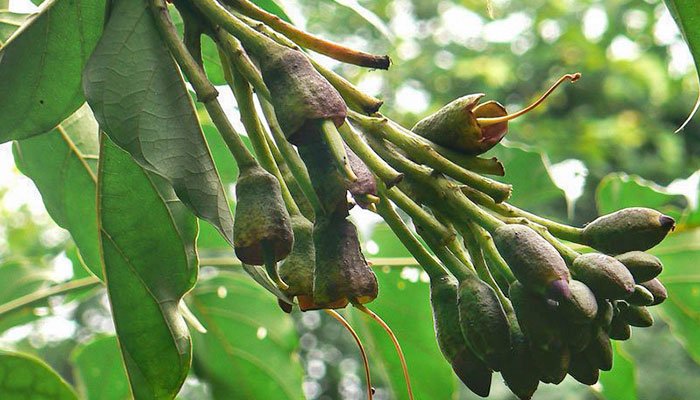 In autumn and winter every year, people pick the mature fruits of Oroxylum indicum, expose the fruits until they crack, take out the seeds, dry them in the sun, and make them into Chinese herbal medicines.

According to <Ben Cao Gang Mu Shi Yi>, the medicinal property of Mu Hu Die is relatively cool, with a bitter and sweet taste. It has a certain therapeutic effect on pathological changes of the lung, liver, and stomach meridians.

The leaves and stems of this plant are edible, with few side effects.

Individual patients taking it may cause headaches, nausea, or vomiting.