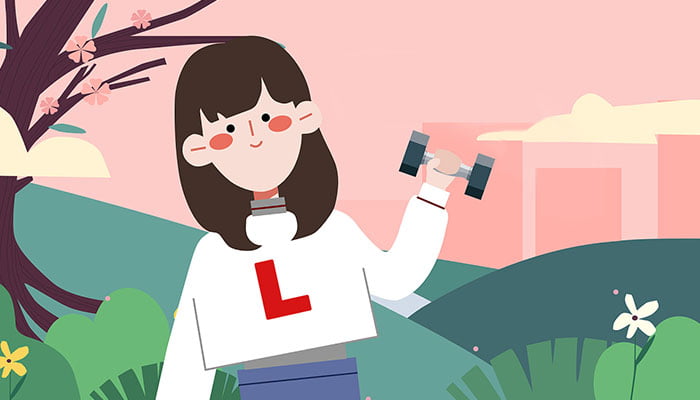 Obesity is a chronic metabolic disease that is caused by genetic and environmental factors and has a certain impact on health. It affects the appearance of people and can also cause a series of diseases, such as myocardial infarction, sudden cardiac death, diabetes, high blood pressure, and atherosclerosis.

With the improvement of people’s living standards and changes in lifestyles, the incidence of obesity is also rising. Over the past decade or so, the number of obese people worldwide has also increased dramatically.

Obesity and its induced diseases seriously threaten and affect human safety. Scientists have already invested in research on preventing and controlling obesity.

At present, there are many clinical methods used to treat obesity, such as lifestyle changes, surgical treatments, and drug treatments.

Exercise therapy is a relatively healthy treatment, but it is difficult for most patients to adhere to it. Surgical operations such as vertical gastric banding and volume reduction, sleeve gastrectomy, etc., have a greater risk for obesity treatment. Relatively speaking, drug treatment is easier to accept by obese patients.

At present, there are two types of anti-obesity drugs with different mechanisms of action in the global lipid-lowering and weight-loss market. One is central nervous system drugs with sympathetic nerve and central nervous system excitability (appetite reduction effect), such as sibutramine, fenfluramine, and phentermine. The other is to act on substances involved in body fat metabolism, so that the total amount of fat taken into the body is lower than body fat metabolism, and promote the reuse of body fat, such as orlistat.

Modern studies have shown that many Chinese herbal medicines have significant lipid-lowering effects.

Jue Ming Zi commonly known as Cao Jue Ming, Semen Cassiae or Cassia Seed is the mature seed of Cassia obtusifolia or Cassia tora, which is an annual herb belonging to the family Leguminosae. It is a commonly used Chinese herbal medicine, which first appeared in <Shennong Ben Cao Jing> in the late Western Han Dynasty (about 100 BC).

It achieves the effect of reducing fat by improving the distribution of cholesterol in the body. It can inhibit pancreatic lipase activity, reduce fat hydrolysis, reduce endogenous lipid synthesis, and regulate fat metabolism.

Although it is a commonly used Chinese herbal medicine for weight loss, animal experiments have shown that long-term use of it can cause kidney, rectum, colon, and other organs to develop the disease.

Huang Qi commonly known as Radix Astragali is the root of Astragalus membranaceus (Fisch.) Bge.var.mongholicus(Bge.) or Astragalus membranaceus (Fisch.) Bge, which is a perennial herb belonging to the family Leguminosae. It is a relatively practical and common Chinese herbal medicine, which first appeared in <Shennong Ben Cao Jing> in the late Western Han Dynasty (about 100 BC).

Traditional medicine believes that it is non-toxic. Modern animal experiments show that excessive use of it may cause paralysis of the limbs and difficulty breathing.

He Ye commonly known as Folium Nelumbinis or Lotus Leaf is the leaf of Nelumbo nucifera, which is a perennial aquatic herb belonging to the family Nymphaeaceae. It first appeared in <Shennong Ben Cao Jing> in the late Western Han Dynasty (about 100 BC).

Its alkaloids have the effect of lowering blood lipids and are often used clinically to treat obesity.

In traditional Chinese medicine, it is often used to summer heat, summer-dampness, spleen deficiency, hyperlipidemia, hemorrhage, and postpartum hemorrhage. At present, there are already weight-loss health products containing it on the market.

Shan Zha commonly known as Fructus Crataegi or Hawthorn Fruit is the ripe fruit of Crataegus pinnatifida Bge. var. major N.E.Br. or Crataegus pinnatifida Bge, which is a deciduous tree belonging to the family Rosaceae. It is a relatively practical and common Chinese herbal medicine, which first appeared in <Ben Cao Jing Ji Zhu>(Collection of Commentaries on the Classic of the Materia Medica) at the end of the 5th century.

In traditional Chinese medicine, it is often used to treat hypertension, hyperlipidemia, coronary heart disease, bacillary dysentery, hepatitis, chilblains, pyelonephritis, and Keshan disease.
At present, it has been widely consumed as a health food.

Ze Xie commonly known as Rhizoma Alismatis is the rhizome of Alisma orientale or Alisma plantago-aquatica, which is a perennial aquatic herb belonging to the family Alismataceae. It is a relatively practical and common Chinese herbal medicine, which first appeared in <Shennong Ben Cao Jing> in the late Western Han Dynasty (about 100 BC).

It can treat hyperlipidemia, atherosclerosis, fatty liver, nephritis, and urethritis. In traditional Chinese medicine, it is often used to promote urination and chloride excretion, and to treat edema. Long-term or excessive administration of it may cause dry mouth, sweating, skin redness, erythema, itchiness, or desquamation.

Fu Ling also known as Poria is the sclerotium of Poria cocos, which is a medicinal fungus belonging to the family Polyporaceae.
It initially appeared in <Shennong Ben Cao Jing> in the late Western Han Dynasty (about 100 BC).

It can induce diuresis and treat edema caused by many reasons. It has a good therapeutic effect on edema-type obesity.

In addition, it can invigorate the spleen and treat poor appetite and loose stools, fatigue, dizziness, palpitations, restlessness, and edema of lower limbs caused by spleen deficiency. At present, there are no reports in the literature that it has toxic effects.

He Shou Wu also known as Fo-Ti is the root tuber of Polygonum multiforum, which is a perennial climbing herb belonging to the family Polygonaceae. It is a famous Chinese herbal medicine, which first appeared in Ri Hua Zi Zhu Jia Ben Cao (Ri Hua-Zi’s Collected Materia Medica) in the Five Dynasties and Ten Kingdoms (907AD-979AD).

Studies have found that it has the effects of lowering blood lipids, anti-aging, and promoting melanin production.

It can moisturize the intestines and treat constipation caused by dry intestines. It is suitable for the treatment of simple obesity accompanied by constipation.

Modern research shows that He Shou Wu has certain liver toxicity. It should not be taken for a long time.

Jiaogulan is also known as five-leaf ginseng, sweet tea vine, southern ginseng, or Gynostemma pentaphyllum, which is a perennial climbing vine belonging to the family Cucurbitaceae. It first appeared in <Jiuhuang Bencao> (Materia Medica for Relief of Famines) in 1,406 AD.

It is widely used to treat hyperlipidemia, hypertension, diabetes, and atherosclerosis. It has been listed as a healthy food in some countries. At present, there is no data showing that serious adverse reactions will occur if taken as prescribed.

Da Huang commonly known as Radix et Rhizoma Rhei is the root and rhizome of Rheum palmatum, Rheum tanguticum, or Rheum officinale, which is a perennial herb belonging to the family Polygonaceae. It is a relatively practical and common Chinese herbal medicine, which first appeared in <Shennong Ben Cao Jing> in the late Western Han Dynasty (about 100 BC).

Studies have found that it can stimulate intestinal peristalsis, inhibit the absorption of water in the intestine, and promote defecation. In addition, it can reduce blood viscosity, inhibit cholesterol absorption, reduce lipoprotein synthesis, and reduce total cholesterol and triglyceride content.

It is a common laxative in Chinese herbal medicine. Studies have confirmed that it should be an overdose for a long time. 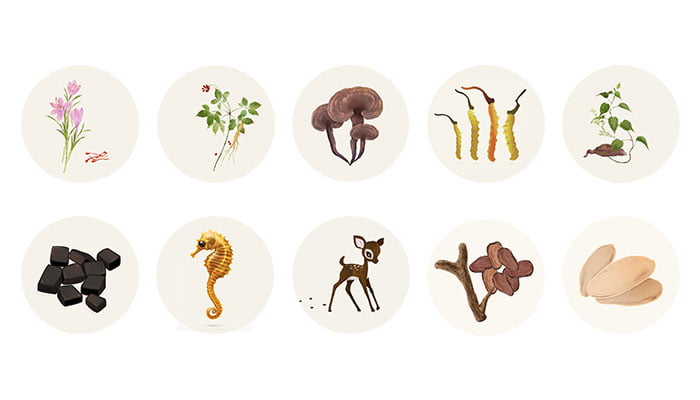 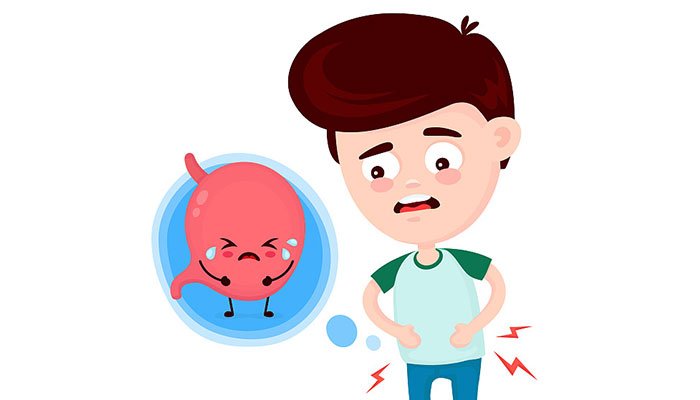 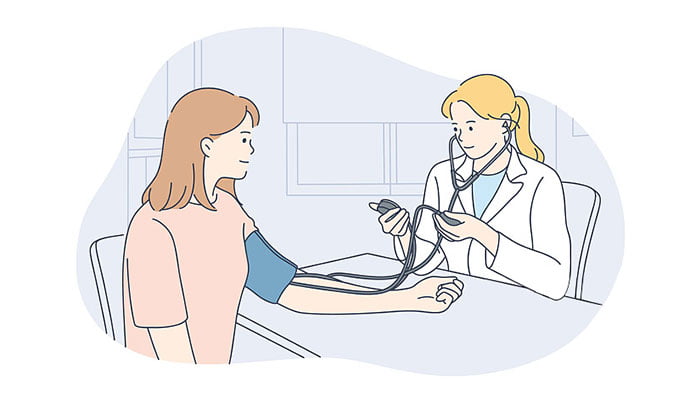 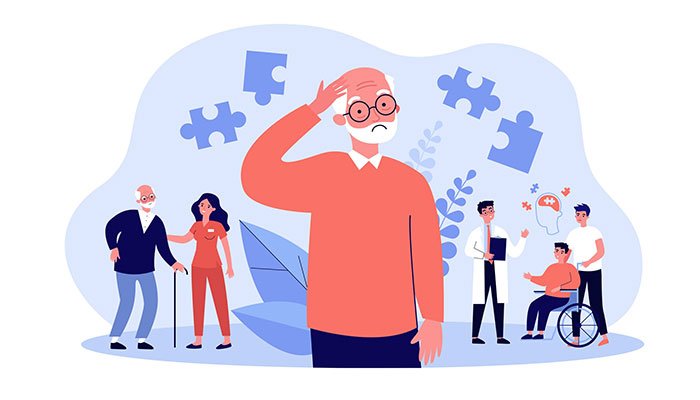