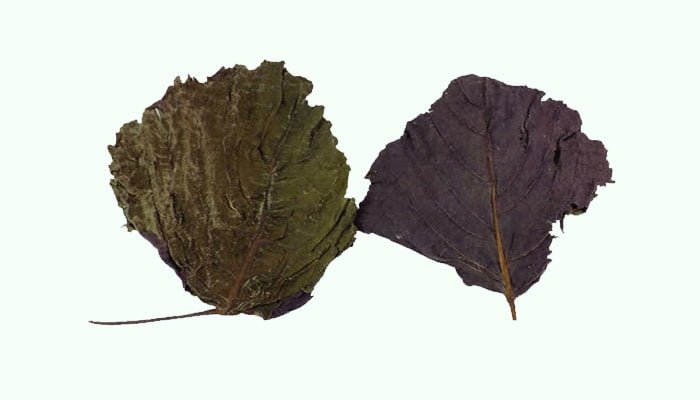 What Is Zi Su Ye

Zi Su Ye commonly known as Folium Perillae or Perilla Leaf is the leaf of Perilla frutescens, which is an annual herb belonging to the family Labiatae. It is a relatively practical and common Chinese herbal medicine, which first appeared in <Mingyi Bie Lu> around 420-589 AD.

Perilla frutescens is an economical plant called Beefsteak plant, Purple mint, Perilla mint, Korean perilla, or Shiso. They are widely used in many fields such as food, cosmetics, and health products.

This plant is native to East Asia. Because of its significant economic benefits, it has now been introduced into the United States, Canada, and some European countries.

In summer and autumn, people gather the leaves of Perilla frutescens, remove their impurities, dry them in the sun, and make them into Chinese herbal medicines. 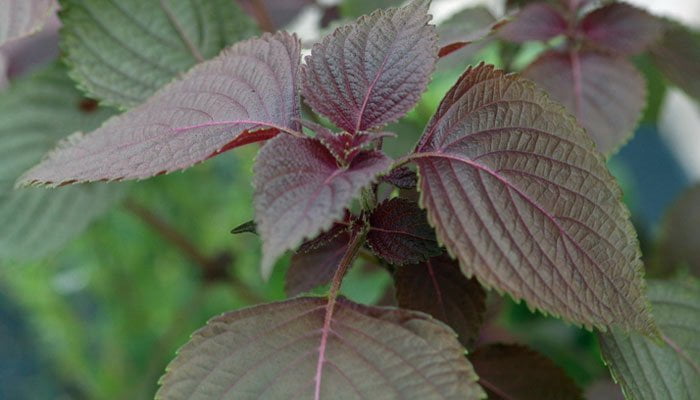 According to <Compendium of Materia Medica>, the medicinal property of Zi Su Ye is relatively warm, with a pungent taste. It has a certain therapeutic effect on the pathological changes of the lung and spleen meridians.

There are about 200 kinds of Chinese medicine prescriptions containing it, such as Huo Xiang Zheng Qi Wan, Xiangsu Zhengwei Wan, and Banxia Houpo Tang.

Individual patients taking it may cause discomforts such as nausea and vomiting.