What Is Bi Xie

Bi Xie commonly known as Rhizoma Dioscoreae Hypoglaucae is the rhizome of Dioscorea collettii var. hypoglauca Palibin, Dioscorea spongiosa Thunb., or Dioscorea futschauensis Uline ex R.Kunth, which is a perennial twiner belonging to the family Dioscoreaceae. The first one is also called Fen Bi Xie, while the other two are called Mian Bi Xie (Rhizoma Dioscoreae Spongiosae). It is a relatively practical and common Chinese herbal medicine, which first appeared in <Shennong Ben Cao Jing> in the late Western Han Dynasty (about 100 BC).

There are about 631 species of Dioscorea, which are mainly distributed in tropical and warm temperate regions. Currently, only a few species have been introduced into temperate regions. Some of these species are medicinal, such as D. nipponica, D. polystachya, D. collettii var. hypoglauca, D. spongiosa Thunb., and D. futschauensis Uline ex R.Kunth.

D. collettii var. hypoglauca is endemic to China. They are distributed in Henan, Anhui, Zhejiang, Fujian, Taiwan, Jiangxi, Hubei, Hunan, Guangdong, and Guangxi. They often grow on the edge of mixed forests or under sparse forests on the steep slopes of mountainsides, gentle slopes of valleys, or shady places near ditches at an altitude of 200 to 1,300 meters. They like light and grow well in deep, loose, fertile, highly permeable soil. 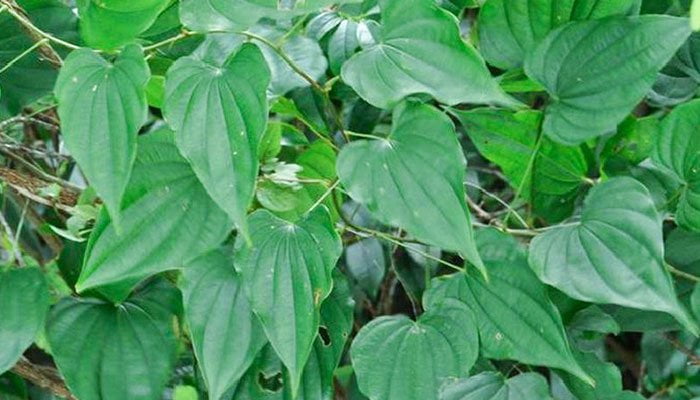 From autumn to winter, people gather the rhizomes of Dioscorea collettii var. hypoglauca Palibin, D. spongiosa Thunb., or D. futschauensis Uline ex R.Kunth, remove impurities and their fibrous roots, wash them with water, cut them into thin slices, dry them in the sun, and make them into Chinese herbal medicines.

According to the Chinese Pharmacopoeia, the medicinal property of Bi Xie is relatively neutral, with a bitter taste. It has a certain therapeutic effect on the pathological changes of the kidney and stomach meridians.

There are more than 150 kinds of traditional Chinese medicine prescriptions containing it, such as Bi Xie Fen Qing Wan, Tian Ma Wan, and Gu Chi Wan.

At present, there is no literature report that Bi Xie has toxic effects, and no data is showing that taking it at the prescribed dose can cause serious adverse reactions.