What Is Qian Nian Jian

Qian Nian Jian commonly known as Rhizoma Homalomenae is the rhizome of Homalomena occulta, which is an evergreen perennial herb belonging to the family Araceae. It is a relatively practical Chinese herbal medicine, which first appeared in <Ben Cao Gang Mu Shi Yi> (a supplement to the compendium of materia medica) in the 30th year of Qianlong in the Qing Dynasty (1,765 AD).

There are about 145 species of Homalomena, which are mainly distributed in South Asia and the Southwest Pacific. Among them, some species are common tropical aquascape plants, and only some species have medicinal value.

Homalomena occulta is a shade-loving plant. They are afraid of cold, drought, and strong sunlight. They often grow in dense valleys, bamboo forests, and shrubs at an altitude of 80-1,100 meters. They are distributed in southern China and the Indo-China Peninsula. 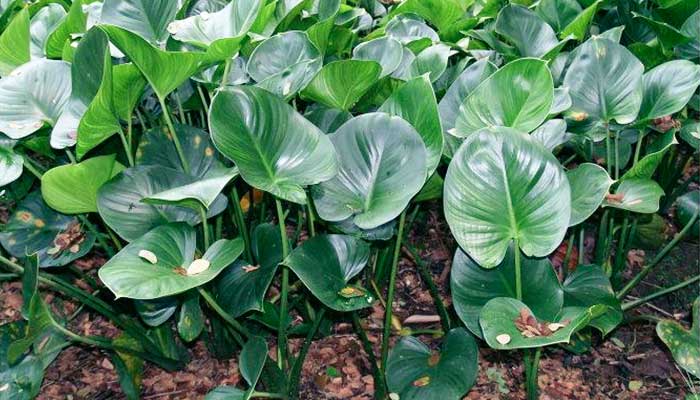 In spring and autumn, people gather the rhizomes of Homalomena occulta, wash them with water, remove their outer skins, dry them in the sun, cut them into thick slices, and make them into Chinese herbal medicines.

Generally, yellowish-brown to reddish-brown, rough Qian Nian Jian with a reddish-brown cross-section, many yellow fiber bundles, and a strong aroma is preferred.

According to <Ben Cao Gang Mu Shi Yi>, the medicinal property of Qian Nian Jian is relatively warm, with a bitter and pungent taste. It has a certain therapeutic effect on the pathological changes of the liver and kidney meridians. 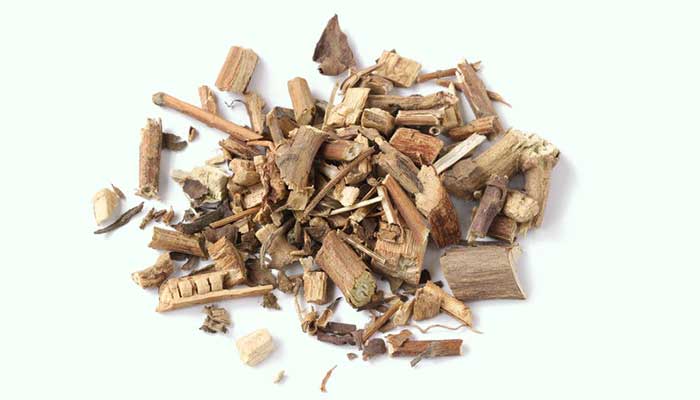