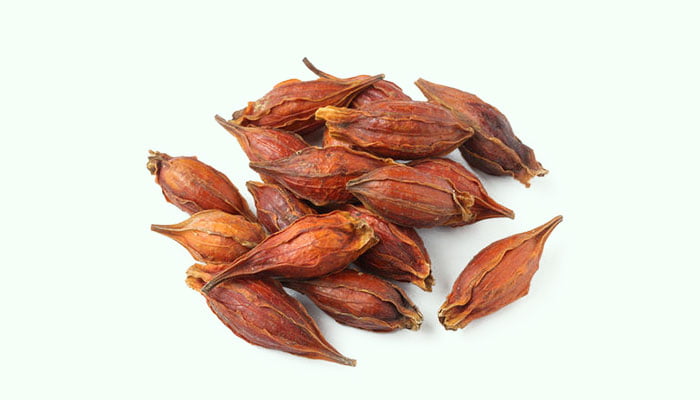 What Is Zhi Zi

Zhi Zi also known as Fructus Gardeniae or Cape Jasmine Fruit is the ripe fruit of Gardenia Jasminoides, which is an evergreen shrub of the family Rubiaceae. It is a relatively practical and common Chinese herbal medicine, which first appeared in <Shennong Ben Cao Jing> in the late Western Han Dynasty (about 100 BC).

There are about 250 species of Gardenias, which are distributed in tropical and subtropical regions of the Eastern Hemisphere. Among them, some species are used as garden ornamental plants. Only a few species of them have medicinal value.

They often grow in the wilderness, hills, valleys, mountain slopes, shrubs, or forests at an altitude of 10-1,500 meters. They can be found in China, Japan, North Korea, Vietnam, Laos, Cambodia, India, Nepal, Pakistan, Pacific Islands, and Northern America. 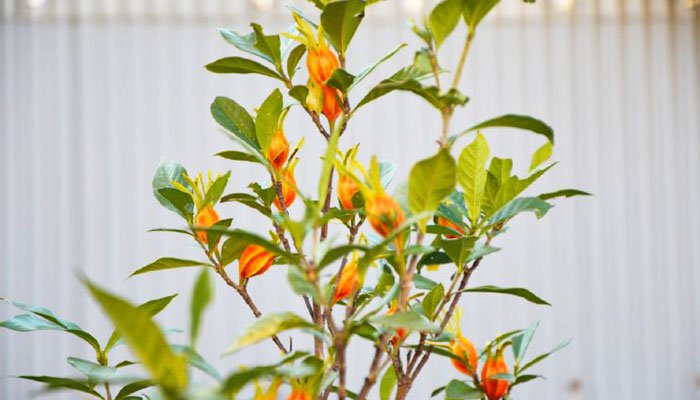 During the Qin and Han Dynasties, the fruit of this plant was the most widely used yellow dye. Archaeology has confirmed that the yellow color of the dyed fabrics unearthed at Hanmawangdui was dyed with Gardenia Jasminoides. Because the fabrics dyed with it have poor sun resistance, people used Sophora japonica instead of it to dye yellow fabrics after the Song Dynasty.

From September to November each year, people gather reddish yellow and ripe fruits of Gardenia Jasminoides, remove impurities, use them directly, or stir-fry them, or carbonize them, to make them into Chinese herbal medicines.

Generally, red-yellow and plump Zhi Zi with thin-skinned is preferred.

According to <Shennong Ben Cao Jing>, the medicinal property of Zhi Zi is relatively cold, with a bitter taste. It has a certain therapeutic effect on the pathological changes of the heart, lung, and tri-jiao meridians.

Modern research shows that overdose of it may cause toxic reactions.

A small proportion of patients taking it may cause allergic reactions, such as urticaria or miliary papules.