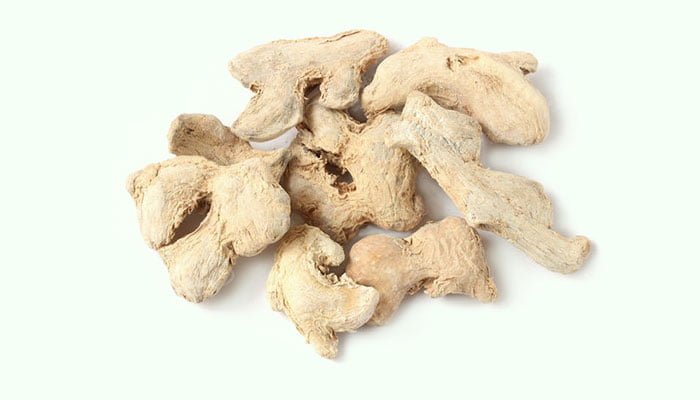 What Is Gan Jiang

Gan Jiang commonly known as Rhizoma Zingiberis or Dried Ginger is the dried rhizome of Zingiber officinale Rosc., which is a perennial herb belonging to the family Zingiberaceae. It is a relatively practical and common Chinese herbal medicine, which first appeared in <Shennong Ben Cao Jing> in the late Western Han Dynasty (about 100 BC).

There are about 198 species of Ginger, which are mainly distributed in tropical and subtropical Asia. Among them, some species are famous ornamental flowers, and some species are common medicinal plants.

Zingiber officinale also called Ginger is one of the most widely used spices. This plant likes a warm and humid climate and is not cold-tolerant, afraid of humidity, and afraid of direct sunlight. They are suitable to be planted on slopes and shady plots. They are native to tropical regions of Southeast Asia and are widely cultivated in tropical regions of Asia. 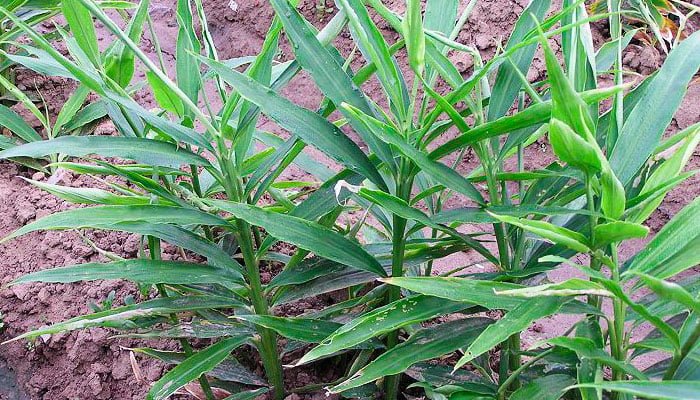 In winter, people gather the rhizomes of Zingiber officinale, remove their fibrous roots and sediment, dry them in the sun or at low temperatures, cut them into thick slices or pieces, and make them into herbal medicine.

Generally, the mealy Gan Jiang with a strong aroma is preferred.

According to the Chinese Pharmacopoeia, the medicinal property of Gan Jiang is relatively hot, with a pungent taste. It has a certain therapeutic effect on the pathological changes of the spleen, stomach, kidney, heart, and lung meridians.

Animal studies have shown that an overdose can cause loose stools, but the symptoms disappear when the drug is discontinued.