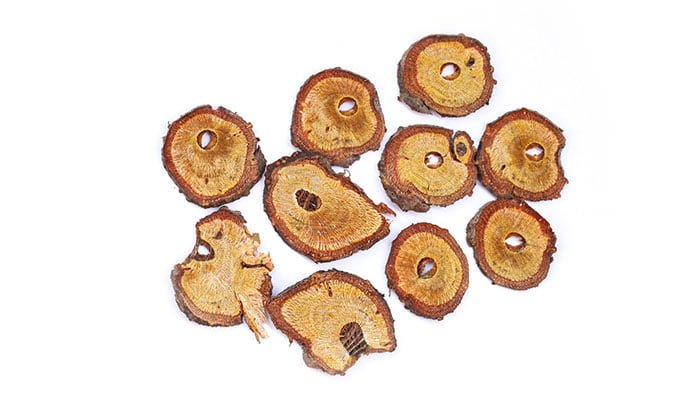 What Is Hu Zhang

Hu Zhang commonly known as Polygoni Cuspidati Rhizoma et Radix is the root and rhizome of Polygonum cuspidatum Sieb. et Zucc, which is a perennial herb belonging to the family Polygonaceae. It is a relatively practical and common Chinese herbal medicine, which first appeared in <Mingyi Bie Lu> around 420-589 AD.

Previously, Polygonum cuspidatum Sieb. et Zucc belonged to the genus Polygonum. It is now grouped into the genus Reynoutria. There are about 6 species of Reynoutria, which are widely distributed in East Asia, Europe, and North America.

The synonyms of Polygonum cuspidatum Sieb. et Zucc include Reynoutria japonica Houtt, and Fallopia japonica (Houtt.) Ronse Decr, which is also known as Japanese knotweed and Asian knotweed. This plant prefers warm and humid climates. They are native to Japan, China, and Korea, and have been introduced to North America and Europe. They often grow at altitudes of 140-2,000 meters in hillside thickets, valleys, roadsides, and field wetlands. 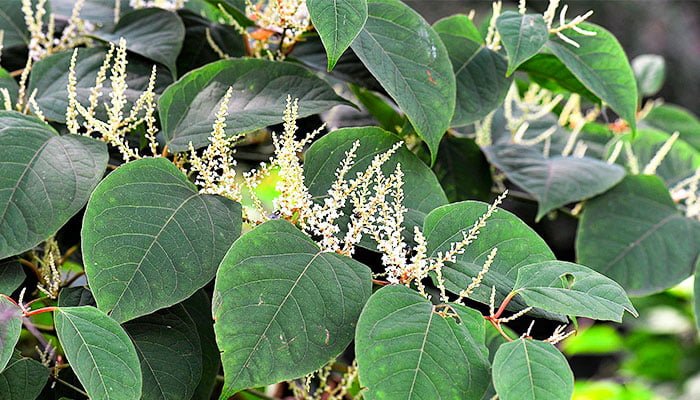 In spring and autumn, people gather the roots and rhizomes of Polygonum cuspidatum Sieb. et Zucc, remove their fibrous roots and impurities, wash them with water, cut them into sections or thick slices, dry them in the sun, and make them into Chinese herbal medicines.

Generally, the solid Hu Zhang with a brownish-yellow cross-section and light odor is preferred.

According to the Chinese Pharmacopoeia, the medicinal property of Hu Zhang is slightly cold, with a bitter taste. It has a certain therapeutic effect on the pathological changes of the liver, gallbladder, and lung meridians.

There are more than 200 kinds of traditional Chinese medicine prescriptions containing it, such as Fu Fang Hu Zhang Pian, Re Yan Ning Granules, and Dan Ning Pian.

Animal experiments have shown that intraperitoneal injection of its extract causes peritonitis, hepatocyte necrosis, and fatty hyperplasia of the bone marrow in animals.

Overdose of it may cause loss of appetite, vomiting, diarrhea, headache, or premature heartbeat.