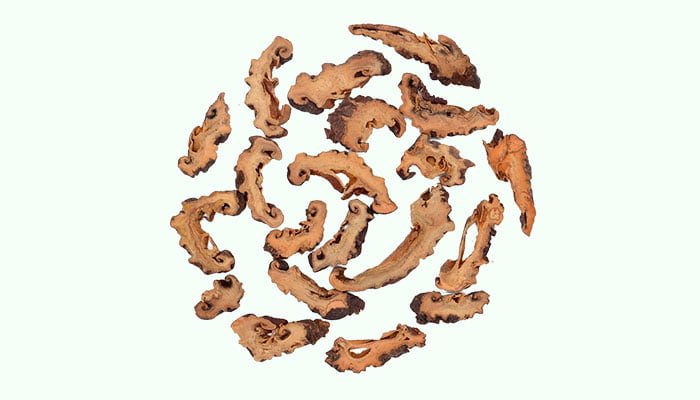 What Is Mu Gua

Mu Gua commonly known as Fructus Chaenomelis is the nearly mature fruit of Chaenomeles speciosa, which is a deciduous shrub belonging to the family Rosacea. It is a relatively practical Chinese herbal medicine, which first appeared in <Mingyi Bie Lu> around 420-589 AD.

Chaenomeles speciosa commonly known as Flowering Quince is a medicinal and edible plant. This plant is light-loving, shade-tolerant, and cold-tolerant. They grow well in rich, well-drained loam soil. They are distributed in Sichuan, Hubei, Shandong, Anhui, Zhejiang, and other regions of China.

Among them, the Mu Gua from Xuancheng City, Anhui Province is the most famous. They are called Xuan Mu Gua. They have high medicinal value and rich nutrition and were often used as tribute in the feudal dynasties. 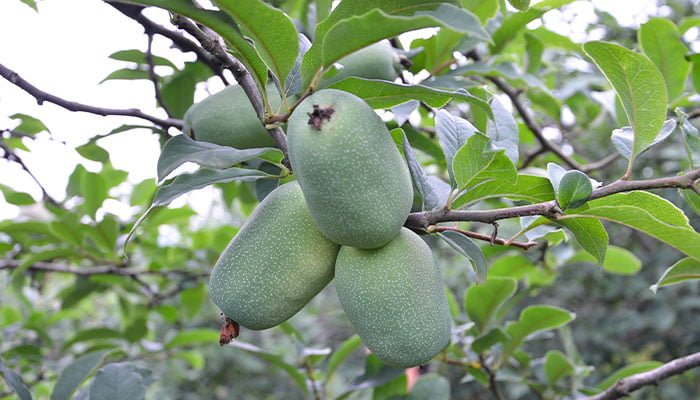 In summer and autumn, people gather the nearly mature fruits of Chaenomeles speciosa, remove impurities, scald them with boiling water to turn the outer skin gray-white, cut them in half lengthwise, dry them in the sun, cut them into slices, and make them into Chinese herbal medicines.

According to <Compendium of Materia Medica>, the medicinal property of Mu Gua is relatively warm, with a sour taste. It has a certain therapeutic effect on the pathological changes of the liver and spleen meridians.