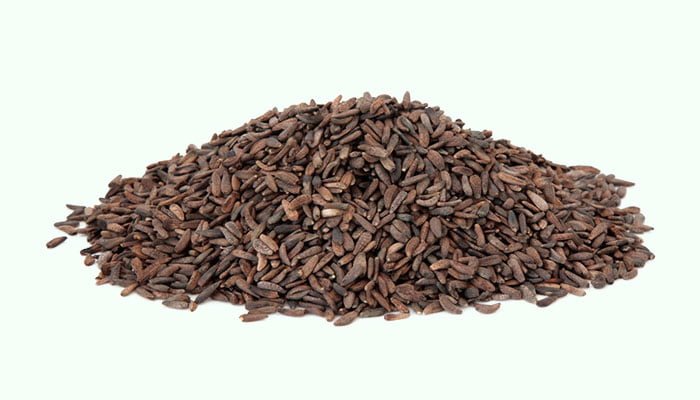 What Is Niu Bang Zi

Niu Bang Zi commonly known as Fructus Arctii or Burdock Seeds is the ripe fruit of Arctium lappa, which is a biennial herb belonging to the family Asteraceae. It is a relatively practical and common Chinese herbal medicine, which first appeared in <Mingyi Bie Lu> around 420-589 AD.

There are about 44 species of Arctium[1]. They are native to the temperate regions of Eurasia and have now been introduced into North America and Australia. Among them, some plants have relatively high nutritional value and medicinal value. In some countries, they are defined as economic crops.

Arctium lappa is commonly known as greater burdock, gobō, edible burdock, or beggar’s buttons and is a long-day plant.
This plant likes a warm and humid environment. They grow well in sunny, deep, fertile, and well-drained loam. They are distributed in Eurasia, North America, and Australia. Their roots are widely consumed in China, Japan, and Korea. 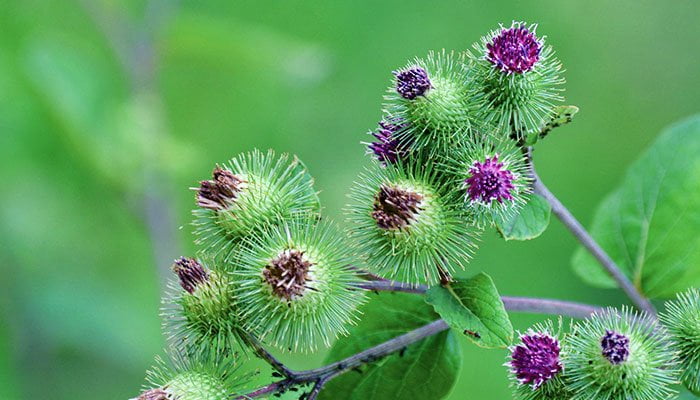 Every autumn, people gather the mature fruits of Arctium lappa, remove impurities, dry them in the sun, use them directly, or stir-fry them, and make them into Chinese herbal medicines.

According to <Yaoxing Lun> (Discourse on the Properties of Pharmaceutical Substances), the medicinal property of Niu Bang Zi is relatively cold, with a pungent and bitter taste. It has a certain therapeutic effect on the pathological changes of the lung and stomach meridians.

There are about 100 kinds of Chinese medicine prescriptions containing it, such as Yin Qiao San, Wufu Huadu Wan, and Qingfei Xiaoyan Wan.

A small number of people taking it may cause allergic reactions, such as dizziness, vomiting, chest tightness, shortness of breath, feeling of blockage in the throat, pimples, itching, or drop in blood pressure.