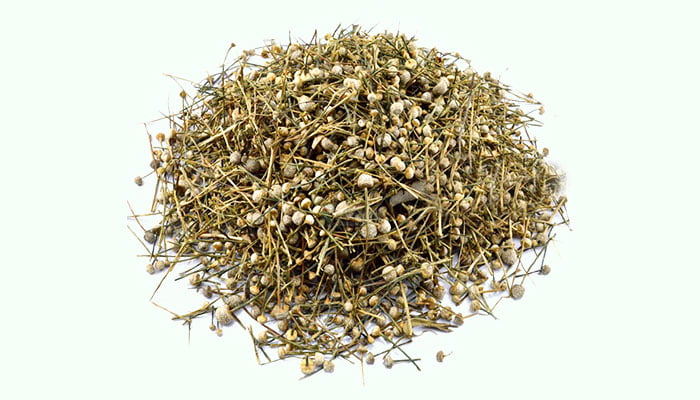 What Is Gu Jing Cao

Gu Jing Cao is also known as Pipewort or Eriocaulon Buergerianum, which is an annual herb belonging to the family Eriocaulaceae. It initially appeared in <Kaibao Bencao> (Materia Medica of the Kaibao Period) around 974 AD.

There are about 400 species of pipewort, which are widely distributed in tropical and subtropical regions. They are marsh or dilute aquatic monocotyledonous flowering plants. Among them, the most common and economically valuable ones are Eriocaulon Buergerianum and Eriocaulon australe.

Eriocaulon Buergerianum likes a warm and humid climate. They can grow well in wet places such as ponds, streams, and paddy fields. They are distributed in China and Japan. In the autumn of each year, people gather the flower head with a stalk of Eriocaulon Buergerianum, remove their impurities, dry them in the sun, cut them into segments, and make them into Chinese herbal medicines.

Generally, grayish-white Gu Jing Cao with yellowish-green and short stems and no impurities is preferred.

According to <Compendium of Materia Medica>, the medicinal property of Gu Jing Cao is relatively neutral, with a pungent and sweet taste. It has a certain therapeutic effect on the pathological changes of liver and lung meridians.